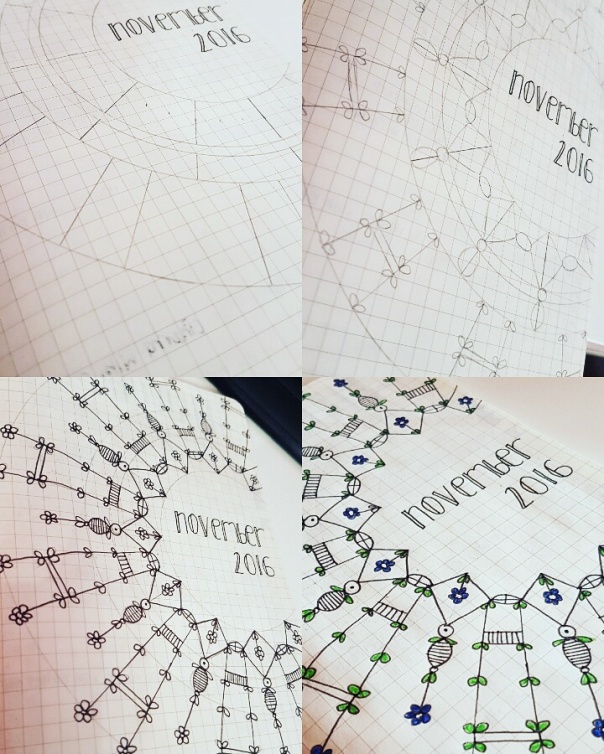 You what? what on earth is a #bujo?

Well it’s what a Bullet journal is known as within the bujo community!

Still not with me… don’t worry until a few months ago I had no idea either!

The system was put together by Ryder Carroll and the best place to learn all about the system is at his website… bullet journal.com

Basically it is a planning system but a highly personalised one… it can be whatever you want it to be.  I stumbled across it on instagram via an online friend and became intrigued… and quickly obsessed!

I started back in June/ July in a notebook and mainly was doing some doodling and calendar stuff.  In August I moved into a new Moleskine and started following more and more instagram accounts seeing all the pretty things people created.

Along the way I discovered BohoBerry and became completely hooked on her YouTube videos.  I have now finished one entire Moleskine and started in a new one so time to share what I’ve been up to.

These are just a few pics from the first couple of notebooks I did… more decorative than functional admittedly but include a couple of collection pages and some trackers. Also a journalling spread.

The best way of explaining things is probably bit of a video flip through! So it’s time to work out how to do this YouTube malarkey!

Will keep you posted on my progress.