Another friend of the princess turns 13 today… so another card made!

This time I found a stamp I had in the stash that I thought I could make look a little bit like Niamh… so stamped and coloured with promarkers and made a distress ink background to go with the image.

I videoed the process here…

Another post in my Christmas card topper stack of ATCs….

Today I have two bright pink and purple ones to contrast the last couple of posts where it has been more vintage in cokour and style. Plenty of yummy distress oxides, stencilling and the cute Winter Friends stamps coloured with promarkers.  I also added some punchinella with a couple of coloured staples.

I love that the sentiment I chose from the Emma Godfrey Paperartsy set fits in the word window punch too!

Today is a rest day for me and the princess. She was sick during the night and then used me as her pillow for the rest of it. She’s currently snoring away next to me.  Poor sunshine! So a leave day from work for me to give some tlc!

Yesterday I managed a fair amount of creativity as I had a few projects to catch up on so here is one of the projects I made just because! I often do this in between DT stuff, class prep, orders, challenge stuff. It keeps me fresh and feeling like there is no pressure.

So I took an image I coloured a long time ago, and tore round it.  I then tore a piece of pink cardstock for the bottom layer and lightly inked both to show the texture.

I used the sentiment stamp to add some texture to the shading on the floor.  I also stamped the same sentiment on a separate piece and punched it out.  A couple of gems and some trim… jobs a good’un.

Final touch was a bit of gelli roll pen glaze to add  little bit of shine.

My final installment for the one three sheet wonder I did with Gingham Garden dsp for you today.  Two sets of cards I made…

The first set uses the ever so pretty Butterfly basics and lots of fussy cutting! Ugggh! 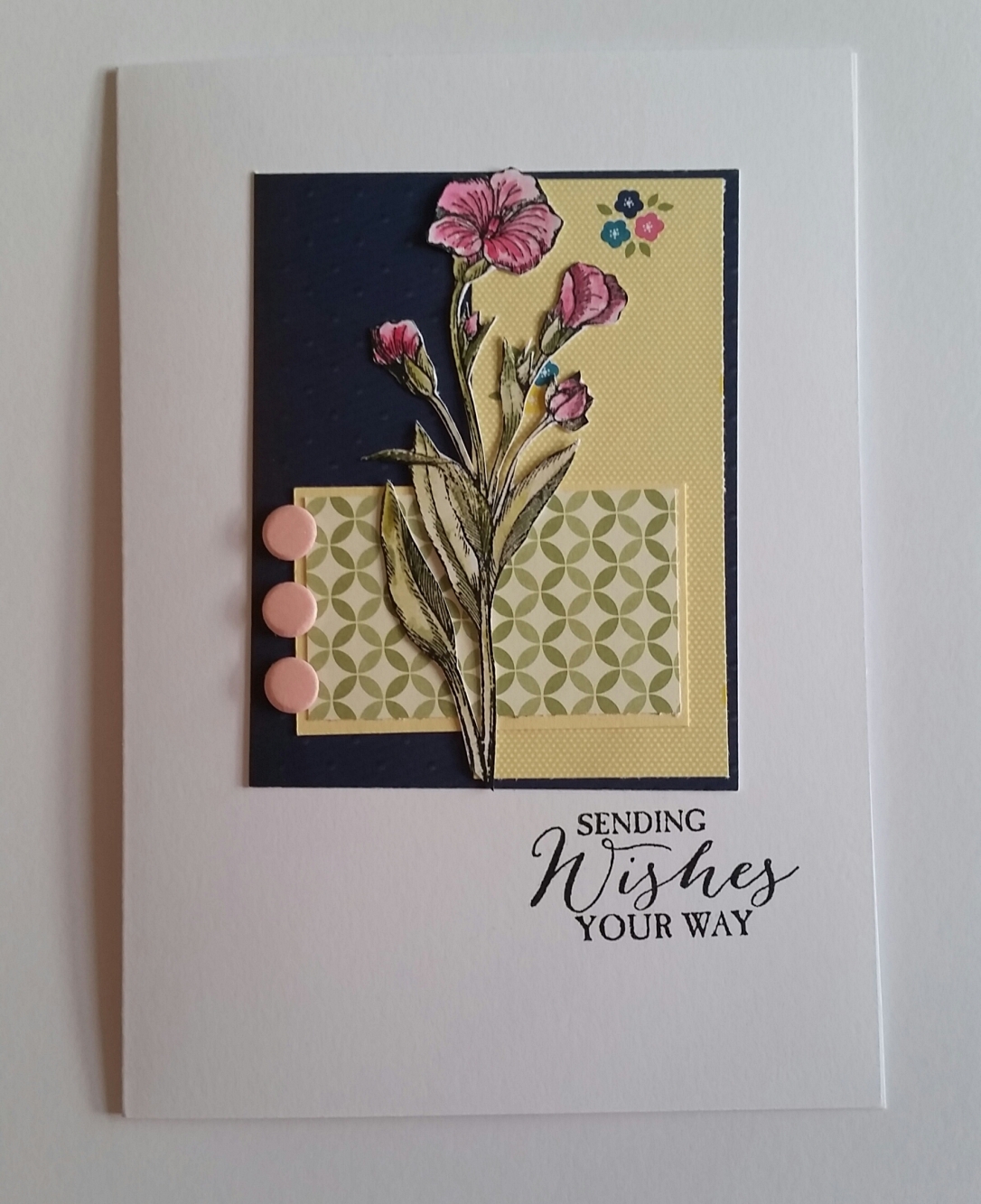 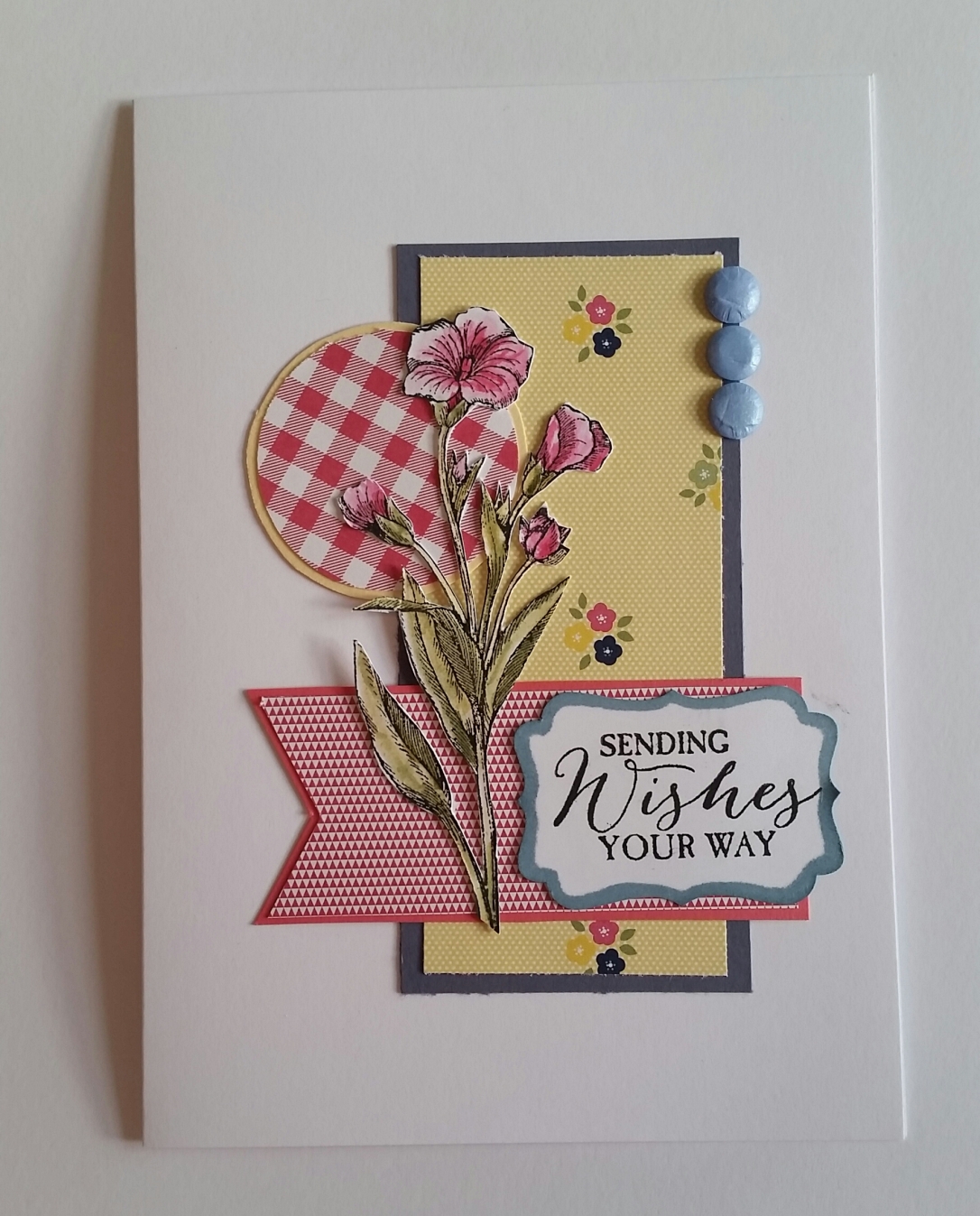 I coloured the images using a water brush and the coordinating ink colours to the dsp.

I stamped the flower onto the envelopes too to add a finishing touch.

The next set are different in style with a cute little bear which was a Craft stamper stamp from a few months ago. I rarely use the stamps on craft stamper because I forget all about them… but this one jumped out at me to be used for this project! 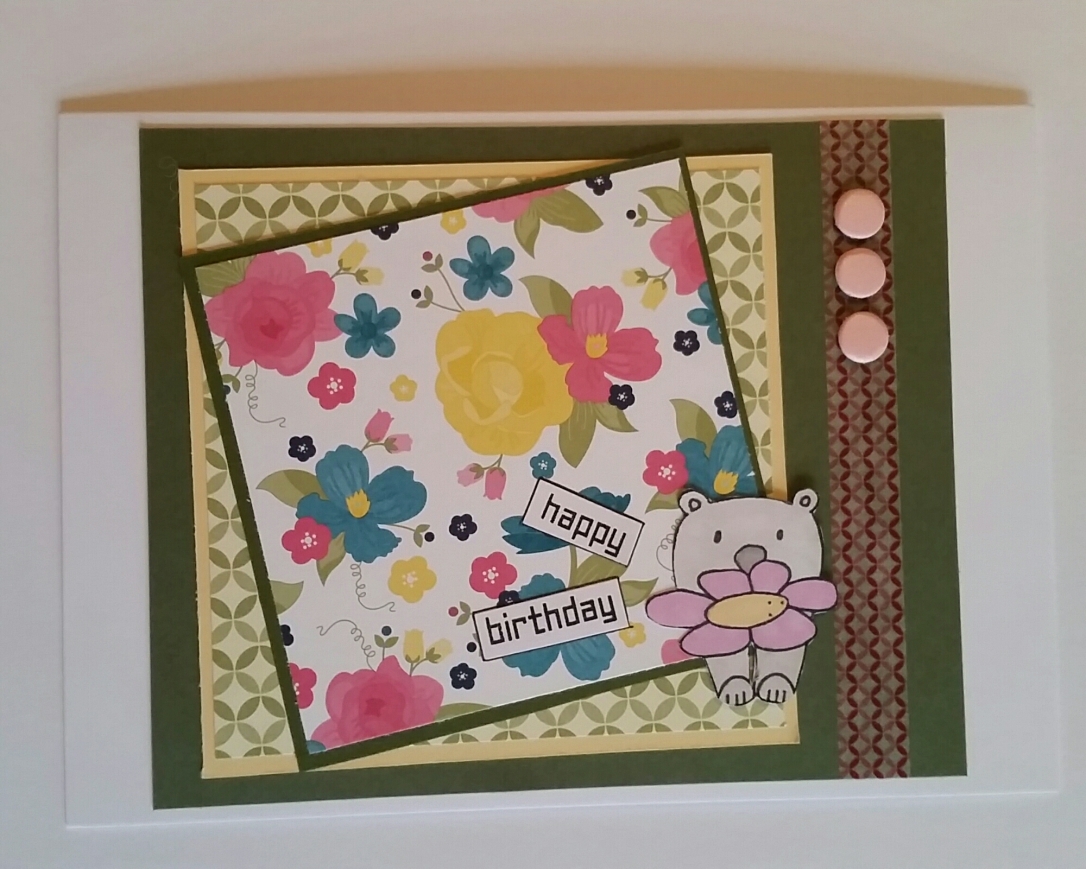 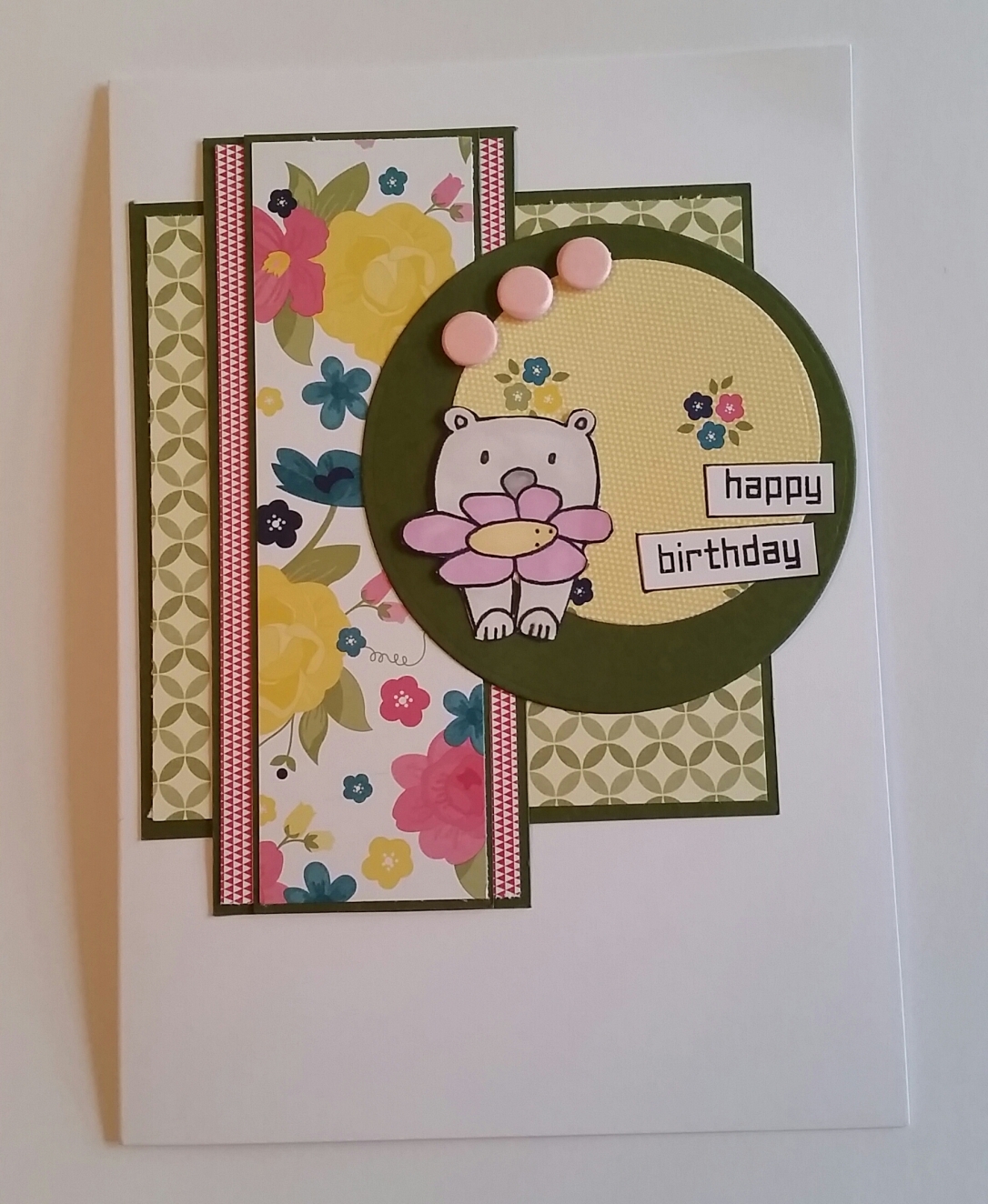 I used the stamp on the envelope too…

Not a bad little haul from a three sheet wonder project and such a nice set of papers too!