Lindsay Mason organises an ATC swap every month and I always try to join in… the theme for April was Seaside.

I started with three bases made out of some patterned paper that is quite grungy… I then gave them a coat of gesso.

Next step I added some stamping with a postcard stamp and time to get out the distress oxide inks.

Above shows them before I added water. 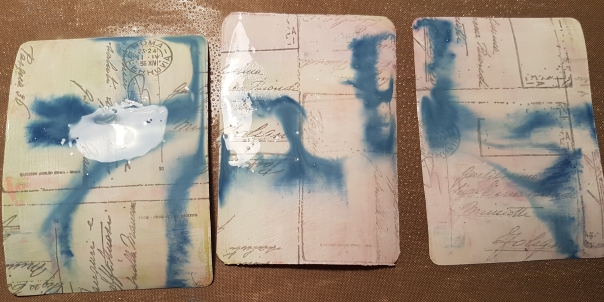 Then after the water before they dried.  I added a few more layers and dried it…

Love how this looks.

So each of them got a different look with some seaside themed stamps. 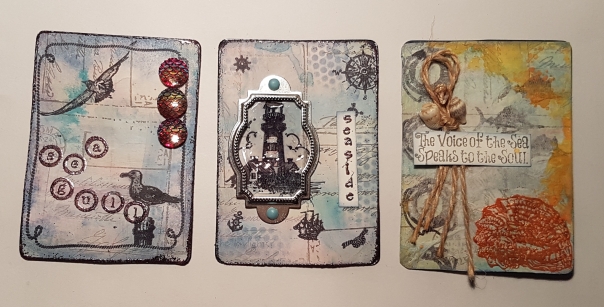 The first one has the seagulls as the feature images. I added the stamping and then added the title with some letter stamps and embossed them. I did the same with the edge.  I then also added the shiny fishscale type gems. 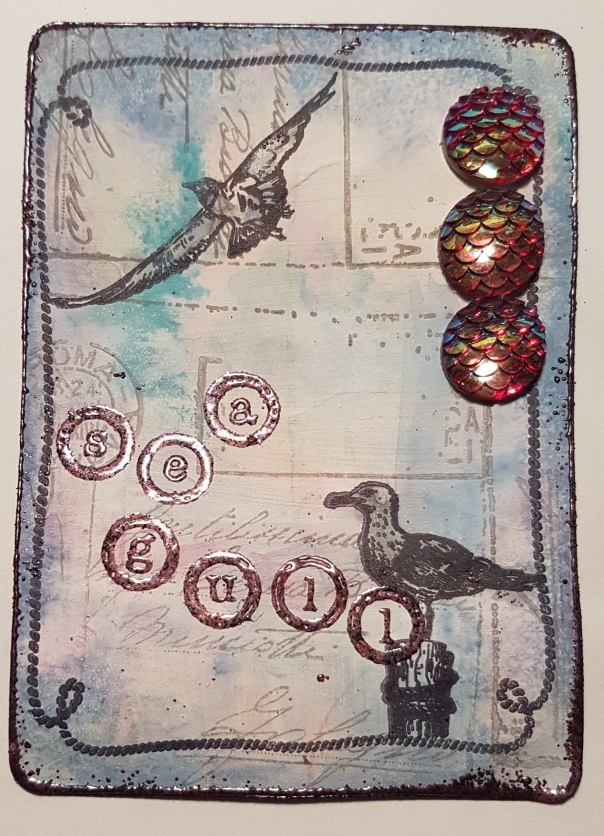 This one I chose to make a focal point with the frame and embossed the image below it before adding the frame. I also added embossing for the title and the edges.  I also did a little bit of stencilling just to change it up a little.

The last one had a different look as the colour underneath is a little bit more green. After the stamping I added tissue paper to soften the images and add texture.  I also then added the embossed shell image. I also thought it needed some more contrast colour so added some Spiced Marmalade distress oxide ink. 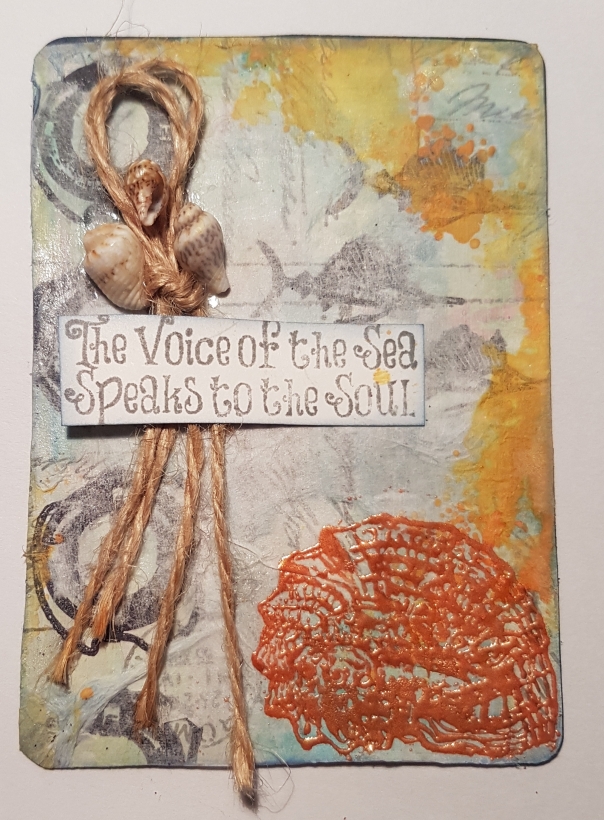 I also added some string and shells and then the Indigo Blu sentiment.

Love how they all look different and plenty of fun texture going on.